So Many Reasons Why Springfield Missouri to Live 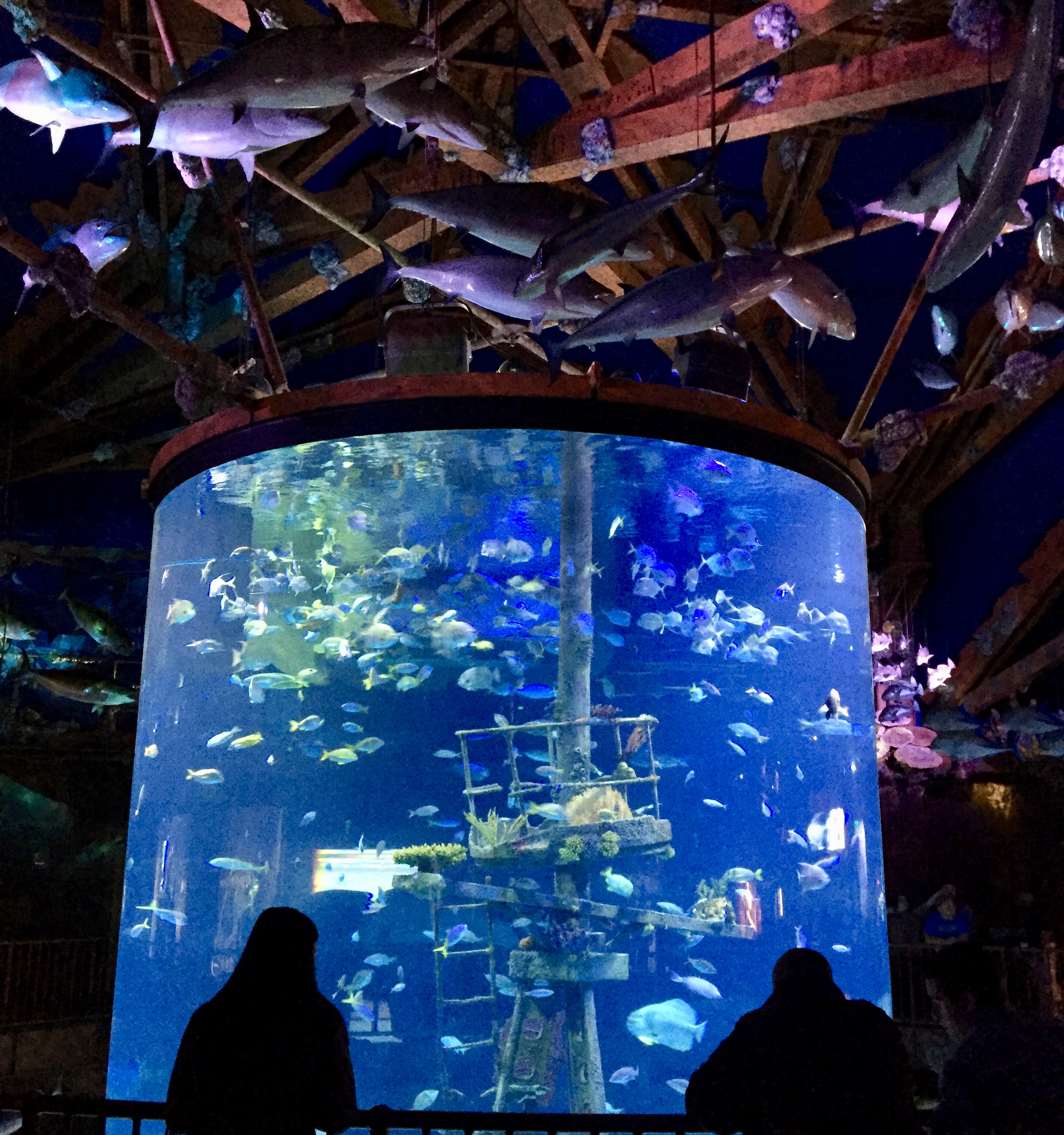 2. And A Renaissance City For The Younger Generation

The Community Improvement District program has been hard at work revitalizing the downtown district of Springfield, renovating many of the older buildings into lofts, office spaces, restaurants, coffee shops, bars, boutiques, and music venues. In 2008, America’s Promise Alliance listed Springfield among the 100 Best Communities for Young People three years in a row and Next Generation Consulting ranked the city 17th on its list of Next Cities.

3. You’ll Never Strike Out With The Springfield Cardinals

As a Missouri resident, not only do you have the great St. Louis Cardinals to cheer for, but the local affiliate. A relatively new team, the Springfield Cardinals have been playing at Hammons Field since 2005, and are a more than welcome addition for sports lovers across the city.

4. No One Will Let You Forget About Route 66

Route 66 was first proposed in 1926 in Springfield, and so the city is recognized as the birthplace of the historic highway running from Chicago to Los Angeles. And you really can’t miss it. A placard in Park Central Square honors the highway along with many stops such as service stations and the now closed Red’s Giant Hamburg, said to be the first drive-up order window restaurant.

Cashew Chicken is the dish of the city here in Springfield. It was first served in Grove’s Supper Club in 1963 and became so famous that the chef opened his own restaurant, Leong’s Tea House, which of course still serves the popular dish. In honor of the delicious concoction, the city holds the annual Sertoma Cashew Craze event annually to celebrate and eat, naturally.

There’s no excuse to be a couch potato in Springfield. Your calendar will be filled with athletic events all throughout the year, like the Tour de Ozarks bicycle race and Ozark Greenways Adventure Race. Running fiends will love the Bass Pro Shops Conservation Marathon and Half Marathon, the Balloon Release and 5K, Mustache Dash, and the Monster Dash.

7. Art Pops Up In The Unlikeliest Of Places

Springfield’s art scene is surprisingly huge. The Springfield Regional Arts Council oversees programs and events throughout the city including the First Friday Art Walk and Walnut Street Arts Fest. Many public art sculptures can be found downtown and beyond, but it doesn’t stop there. Yarn bombers and street artists are always at work here, decorating every square inch of the city they can find. Even parking meters here can be a work of art.

8. Watch Out For The Frat Parties

Springfield is most definitely a college town. The city is home to Missouri State University, the state’s second largest university with a vibrant student scene and the popular MSU Bears division teams. The city is also home to Drury University and Ozarks Technical Community College, so get ready for things to get crazy in September.

9. Local And Organic Is A Given In Springfield

Springfield has taken an active role in supporting local, organic produce in recent years. The most notable of the city’s five, count ‘em, five farmers markets, The Farmers Market of the Ozarks, brings farmers to the city every Thursday and Saturday from March to October.

Do your part in supporting local businesses while also enjoying a quality craft beer. A favorite brew in the city, Mother’s Brewing Company, is available all throughout the city from the bars to the farmer’s markets and even the Mother’s Day Festival. They’ve only been around for five years but are already a local favorite, and are sure to get even bigger.

11. Your Wallet Will Thank You For Moving Here

Springfield is definitely a city where you can put away some savings. The cost of living in Springfield falls well below the national average, and it was listed on Forbes list of top 100 Best Places For Business And Careers. With an average housing price of just over $159,000, you’ll have plenty of cash left over to shop at all the local shops.

Springfield hasn’t let IMAX and 3D take over. The city has done good by preserving its old theaters, like the newly renovated Gillioz Theater (opened in 1926) which acts as a musical venue today for popular bands throughout the country. The Landers Theaters is the second oldest theater in Missouri, and hosts plenty of entertaining and local theater acts today.

13. Buying Springfield Chocolate Is Actually Good For You

From Hershey’s to Wonka, forget every other chocolate factory you’ve ever heard of. Not only does Springfield’s Askinosie make some of the world’s best chocolate (cited by Food & Wine magazine) but they also have a heart. Their philanthropic missions to make the world a better place while also handing out some chocolate along the way will have you going for Askinosie for every craving, minus the guilt.

14. Springfield Has Its Own Hunka-Hunka Burnin’ Hotel

The Best Western Route 66 Rail Haven is one of the coolest hotels in the area. For more than 50 years, it’s been a favorite resting and visiting spot for Route 66 tourists since The King himself stayed here in 1956. The hotel itself has even kept up its historic atmosphere with the popular Marilyn Monroe, Elvis, and Hollywood Legends suites.

15. You Can Relive Your Childhood Fraggle Rock Memories

As the only ride-through cave in the country, Fantastic Caverns is a must see. The caverns were used as a Speakeasy during Prohibition and hosted musical events in the 1950s and 60s. These days, a tram-guided Jeep will lead you on a 55-minute guided tour through an ancient underground riverbed filled with massive formations, stalactites and stalagmites, giving visitors a little taste of Fraggle Rock.

16. Starbucks Addicts Here For Sure

If you like your java strong and the atmosphere hip, head to one of the many Starbucks or other pop up cool coffee spots in Springfield. You never have to worry about pretentious baristas here. Everyone is helpful, knowledgeable and super friendly, ready to hook you up with their best and latest pick-you-up concoction while playing some great music. The homemade cookie specials are pretty special, too.

17. It’s Easy To Walk On The Wild Side In Springfield

When you’re looking to get away from the city scape for the afternoon, head to the Dickerson Park Zoo in Springfield with over 340 animals on exhibit. Then head over to the Springfield Wonders of Wildlife and Aquarium to really get back in touch with nature with the programs on outdoor recreation and conservation. Or Wild Animal Safari for a drive through experience.

You won’t have to look far to find culture in The Queen City. Lovers of the finest of the performing arts will be in heaven at the Springfield Regional Opera Lyrical Theater, the Springfield Ballet, and the Springfield Symphony Orchestra with a variety of performances throughout the year.

History lovers have a lot more to explore in Springfield beyond Route 66. The city has a variety of museums and historic buildings as listed on the National Register of Historical Places such as the Air & Military Museum of the Ozarks, American Civil War Library at Wilson’s Creek National Battlefield, Trail of Tears National Historic Trail, and the Abou Ben Adhem Shrine Mosque. And, of course, don’t miss the Springfield History Museum.

20. The Wild, Wild West… In Springfield?

Springfield is noted for being part of the creation of the Wild West era during a quick draw shoot out duel between Wild Bill Hickok and Davis Tutt in 1865. Two plaques mark the location of the infamous shootout in the pavement at Park Central Square in the city, making it a popular spot for acting out a duel. Which tourists do. A lot.

Springfield was recently listed among one of the best cities for small businesses and careers. Overall job growth is expected to increase by almost 40% within the next ten years. No matter where you are in your career, there are many jobs available in Springfield.

We're always available to help out, get in touch with us any time, or shoot us an email.

Thank you for contacting us, we'll get back to you shortly.

Sorry, we are unable to send your message at the moment. Please try again later.